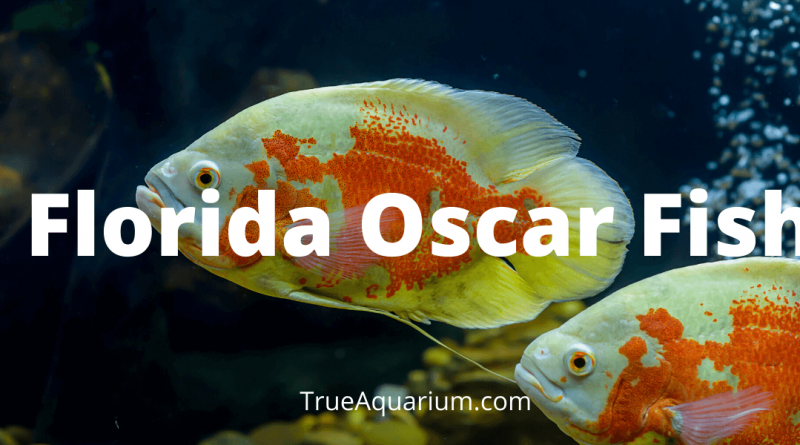 Oscar fish are known to e native to certain parts of the world. Human activities however have caused Oscars to be in many other places apart from their original habitat. This has led to the fish having some unique characteristics.

Florida Oscar fish are the fish of names species who have found their way to Florida and now make the state their home.

These fish are not native to the waters of Florida, but they have become a part of the wild waters and now have attributes that they have gotten through their association with the Florida waters.

Florida is an amazing place to call home if you are fish. The waters are warm and the reefs are colorful. This state has amazing sunshine that reflects off the surface of the water and casts a brilliant ambience over the reefs.

Hundreds of fish species call this place their home even though a good deal of them are not native and only came to those waters through human activity.

The fact that these fish are non native and invasive often ends up creating a problem in the very delicate eco system of the waters.

What is an Invasive Fish?

The U.S. Geological Survey gives this as the definition of an invasive fish. An invasive fish is any species that is in waters in which it is not native and as such has the potential to damage the local environment, economy, or public health.

This is an exotic fish that was released from an aquarium or an alien species from a neighboring waters. This sort of species often starts to take over the waters that they have been introduce to.

So are all non-native fish invasive? Not all the time. A fish specie will to be actively creating problems for them to become invasive.

Some non native fish will find their place in the local ecosystem. They’ll fit right into the system and live without becoming a nuisance.

The general rule for non-native fish is:

“kill as many as possible.”

In general, there’s no season or bag limit for non-native or invasive fish in Florida. You can basically go ahead and catch as many as you like, whenever you want.

It is important to note that it’s actually illegal to release the fish alive. You can as well take them home and eat them, turn them into bait, or find any alternative way to dispose of them.

The Oscar fish is not considered as an invasive species in Florida waters. They are non native species, but they seem to have found their place in the food chain and now just exist side by side. With other native species.

Oscars are considered large fish in Florida. The state of Florida has recorded 2.34 pounds as an all time high. A catch has to be a minimum of 1.25 pounds or 11 inches for adults, and 0.75 pounds or 8 inches for the younger ones to be considered as a big catch.

Angling qualities: Oscars provide hard-fighting and angling qualities. They are usually a perfect summer or spring catch because they love the warmth of the day. You can use a wide variety of pairs to get Oscars.

Some of the bait they seem to favor include crickets, live worms, Missouri minnows, and grass shrimp. You can also use artificial baits such as small jigs tipped with cut bait and small spinner baits or Beetle Spins.

You could also try fly fishing on them using a sinking flies. Oscars have a boom-or-bust fishery situation because they often experience periodic winter kills.

But when the weather is good and warm and the populations therefore good, the catch rates are exceptional. The state of Florida does not have a bag or size limits for this species.

Where to catch them in Florida

You can catch Oscar fish in the canals of the Everglades Water Conservation Areas of Collier. They also prove easy catch at western Miami-Dade, Broward, and Palm Beach counties. The only more popular catch in these area are the largemouth bass.

Most Oscars have found their way into the canals in south Florida. They are in slow moving rivers, and even closed park rivers like the one in the Everglades national park.

Basically, any waters that are warm, slow moving and saturated with potential good for the Oscars will very likely have Oscars in them. Oscars generally abound in Miami Dade, Broward, and Palm Beach counties

What Oscars mean to humans

Many aquarium fish owners in most of North America and Europe love the Oscar fish. And even though adults Oscar fish may need a large aquarium (minimum of 50 gallons), Oscars are fairly easy to care for. They even breed very readily when they receive good enough care.

A lot of oscar fish owners reffer to them as to very “personable” . Human beings keep Oscars as pets. They also often hunt them for food. There are many groups of people who have real love for the Oscar fish and there are claims that the fish are very intelligent.

They nicknamed them the “water dog” because they seem to behave like dogs.

How did Oscar fish come to be in Florida?

The breeding populations of Oscars were established in some South Florida areas. This happened due to an intentional stocking event in Dade county in the late 1950s. This happened at the hands of some aquarium fish farms.

Now South Florida boasts of many interconnected canals. These canals, along with transportation by individual anglers to new areas have therefore the species to be introduced to many areas of South Florida.

How many countries are Oscars found in Florida

The Oscar fish has itself in about 6 be different counties. This fish is one of the few exotic fishes that have been reproducing in the marginalized waters of South Florida. They have established themselves in Everglades National Park.

How the Oscar fish react to host native fish

There are concerns that the Oscar fish presence may be harmful to fish like the sunfish who are native to the area. This is because of the fact that native sunfishes in the Florida waters have similar habits and ecological with the Oscar fish.

There is however no evidence of the Oscars causing direct harm to any other species as a whole in those was.

Are Oscar fish dangerous to humans?

The Oscar poses no danger to humans. Some humans instead love to keep them as pets while others like to kill them for food.

What is Oscar Conservation status

The Oscar fish species is not recognized as a vulnerable species by the World Conservation Union (IUCN). However, if we were to make calculated guesses, the Oscar fish is likely not in any immediately danger of extinction.

They reproduce in the hundreds, grow up very fast, and are very strong and aggressive fish. These factors therefore mean that there are likely more Oscars surviving into adulthood and well into old age.

The hunting by human and animal predatory behaviour has not dampened them at all.

Florida Oscar is a strictly freshwater species. They restrict themselves to places that have fresh warm water such as the upper Amazon river of Peru and Brazil.

A non-native population of Oscars live in the waters of South Florida, USA. They have become an integral part of the ecosystem.

These Cichlids have shown a preference for slow moving waters that. These sorts of waters help them get cover in the shade of sunken branches and logs.

The Florida Oscar fish spends a lot deal of time “resting” in areas of cover. Captive Oscars are often sink to the substrate tt rest at night.

The Florida Oscar is a large fish. They are often stocky cichlids and they have an oval shaped body. They are also popular for their large head, large eyes, and a large mouth.

Color and beauty of Florida Oscars.

Oscars are usually olive-green to gray. Some of them come in chocolate brown color with a gradient and mixture of some or all of these colors.

Most of them sport A large black spot on either side of the base of the upper caudal peduncle.

This spot seems to be a constant characteristic of this species. These obvious bilateral ocelli or “eye-spots” work to keep them safe from predators. It does this by causing the predator to be confused as to which end of the Oscar is the head.

The implication of the eyespots

In general, Florida Oscars seem to experience less injury and death from fin-nipping piranhas than their distant cousins and other similar cichlid fishes who do not have eyespots and but live within the same range.

This disruptive coloration in the tail appear like the actual eyes of the fish. They are pretty common features in fishes. This ocelli Eyes and such characteristics have evolved on their own along many separate evolutionary lines.

There are additional researches that suggest that, the eyespots of Oscars serve as important cues in communication amongst individual fishes. Examples of this are obvious in courtship and reproduction dances.

Size, Age, and Growth of Oscar fish in Florida

Florida Oscar is a big fish that grows to lengths of 33cm and a maximum weight of approximately 1.1kg.

If an Oscar fish doesnt get caught or preyed upon, he just may live as long as 18 years in the wild waters of Florida.

Diet of Oscar fish in Florida

Oscars are generally capable of hunting and capturing fleeing prey over short distances. Oscars in captivity however eat voraciously and will literally eat anything that will fit in their mouths.

There is no major physiological difference between a male and female Oscar. Male Oscars may be bigger or brighter and more colorful, but this is not a standard as there are many variations to this fact.

Oscars that are breeding will often defend their spawning sites, nest, and young very agressively. Male Oscars often fall to violent fights over territory or mate choice. This they do by locking jaws and snapping at each other.

The preparation of the nest site is often done by both the breeding fish. The eggs stick to the surface of the breeding platform and will receive protection and care by both mom and dad.

The eggs will hatch within 3 to 4 days. This is however largely dependent on the temperature of the waters in those days. The total egg clutch may be as much as 1000 eggs. Not all of them will be hatched though.

Predators of Oscar fish in Florida

Oscars have their cryptic coloration and eyespots to avoid and confuse predators. It is a sort of defence mechanism. Even though Oscars are usually sluggish.

The Oscar fish are also are capable of swimming away from predators they however can only mantain a fast pace over short distances. Oscars of all age groups are susceptible to predators such as invertebrates, fishes, wading birds and even water reptiles.

Do people hunt Oscar fish for food in Florida?

Yes. The Oscar fish is particularly loved in Florida. A single catch is often big and stocky enough to feed two or three adults at a sitting. Needless to say that the fish is also quite delicious.

Can Florida Oscar fish survive in other waters?

Yes. So long as the water meets their basic requirements for survival.

Can I just capture one Oscar fish and keep?

So long as you have all you need to replicate their natural habitat, sure. Whatever you do however, don’t release them back into the waters. It is actually a felony.

How many Florida Oscars can I catch for food?

As many as you can. There is literally no limit.

Can i add a wild caught Oscar to my fish aquarium?

I really will advice against this. This is because you don’t know if the wild fish is sick or infected with something. It could infect the other fish.