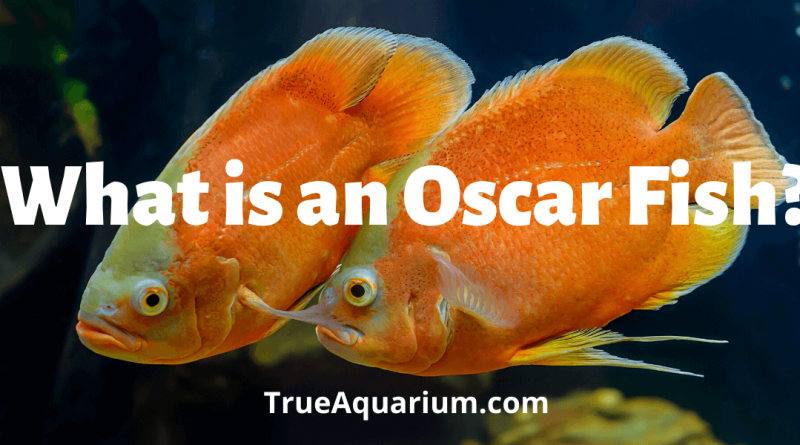 As a hobbyist, you may want to introduce new variety into your aquarium tank, and you are considering Oscar fish. However, this article will describe in-depth, what Oscar fish are.

What is an Oscar Fish? An Oscar fish is a specie with the botanical name, Astronotus ocellatus. They belong to the Cichlidae family. Also, they are beautiful specie that can thrive in a community tank, as they are nonaggressive.

This article will provide further information about what Oscar fish entails. It is about their varieties, habitat, body features, feeding, sexes, and other traits they possess.

Before going into details about their traits, let’s start with basic knowledge about them. So as not to get confused when you purchasing an Oscar fish. Oscars have a few English names. These include;

Whereas, they have other names in various languages. Some are;

In the aquarium space, there exists a wide variety of Oscars. A red marble characterizes some, and others exist in xanthistic and leucistic forms. However, the major varieties of Oscar are; tiger Oscar, red Oscar, and red tiger Oscar. The red tiger Oscar often has red pigmentation patches, while the red Oscar has a deep red coloration on their body.

In most cases, aquarists capture Oscar fish, and breed to introduce new varieties. You will hardly see them in the wild. Nevertheless, there are specific locations you will most likely see them. Generally, Oscar fish prefer fresh and slow-moving water. However, they are more predominant where there are logs and sunken branches to hide. Typically, they possess an orange circular spot at the tail, to confuse their predators. Moreover, Oscar fish are widely known in the aquarium world. They have unusual varieties that result from crossbreeds.

Oscar fish is usually stocky with large body shape. They are characterized by an oval shape, large eyes, large head, and largemouth. However, their large body shape doesn’t serve as a threat to other species. So, this shouldn’t discourage you from keeping this beautiful creature; it’s just a figure they possess. They have some sets of the dorsal fins—the first having spines around, and the second characterized by a round shape and soft rays. Moreover, the needles are positioned in an anteriorly, with a rounded edge. However, the anal fins and soft dorsal both have scales all over their sides.

Different colors of oscars have evolved in the past years. They exist in gray, chocolate brown, or green. Sometimes, they possess a combination of two or more colors. Therefore, this makes them appealing to the sight.

Also, young Oscars mainly have orange bars, and plenty of white spots spread across their head. A striking difference Oscars possess an orange ring surrounding a big black spot at the upper caudal peduncle region. Whereas, some people refer to this black spot as bilateral ocelli. However, you should note that some Oscars have more than one place located on one side. This eyespot presence enhances their adaptability when you put them in the same tank with other species. Firstly, it hides them from predators as predators get confused as to which side of the fish is the head. It also makes them thrive best with fin nippers such as mollies. Whereas, other cichlids that lack the eyespot finds it challenging to cope with fin nippers in the same tank.

Moreover, many types of research record that Oscar’s eyespot enhances their means of communication. Especially when they are courting or mating.

Generally, Oscars are large species that grow up to 33cm in length, with a weight of 1.1kg. Moreover, they grow at a fast pace as they build one inch per month. Also, wild Oscars are usually more giant, and they grow at a quicker pace.

Another essential thing to know about Oscars is their gender. It will help you to identify and differentiate them for breeding. Although there are no significant differences in male and female Oscar, each still has its distinct trait. For a start, male Oscars are usually more colorful and more extensive in body size. Males grow faster than females’ gender. Also, you can spot some dark blotches at the base region of their dorsal fins.

Oscars reaches sexual maturity fast. You can be sure to get more Oscars from the adult fish after keeping it for about one year. Also, the mother fish don’t stop; most of them continue to give birth for about nine years. Amidst this, they can release up to 1500 eggs at once. Also, Oscars are known to be protective over their fry.

After knowing the distinctive characteristics Oscars possess, additional information is knowing their feeding habit. Oscars feeding addiction has a significant impact on their longevity. However, you should bear in mind that Oscars are picky. However, you can get their from many fish stores. They feed primarily on small fishes, gastropods, insect larvae, grasshoppers, crickets, crayfish, and crustaceans. They also feed on sedentary catfish that belong to families such as, Rineloricaria, Bunocephalus, and Ochmacanthus.

In the wild, Oscars exhibit a death mimicry, lying on a side and pretending to be dead. They do this so as they catch their prey by deceiving them. Also, wild Oscars eat snails, insects, shrimp, whereas they eat nuts and fruits seasonally. When held in captive, Oscars are usually voracious and indiscriminate eaters. Make sure you provide enough vitamin C in their diet as they need it for optimum growth. A lack of vitamin C can cause a hazard to their health.

Questions related to Oscars are;

Yes, Oscars belong to the Cichlidae family. They have a variety of common names which are; marble cichlid, walnut cichlid, peacock cichlid, tiger Oscar, and velvet cichlid.

Where is Oscar Fish from?

Oscars are cichlid species that mostly originate from South American or Africa. You will likely find them in Columbia, French Guiana, Brazil, Ecuador, and Peru. Also, they are present in environments with a high degree of biodiversity. Such as the Amazon River and its surrounding.

These days, the vast increase in fish keeping industry in China, and North America, influence the availability of Oscars in this area.

As said earlier, Oscars are naturally non aggressive. Although they can be somewhat aggressive when male species are placed together in the same tank. It happens when they are fighting for dominance over a female specie in the tank. However, this act does not harm their body. An interesting thing about this specie is that they can ambush and capture prey over a short distance, despite their sluggish movement when put together. Moreover, Oscars can be very aggressive when they feel threatened about their territorial space.

Are Oscar fish suitable for beginners?

Oscars are popularly known for their peaceful nature. They require no special tank requirement nor diet. However, a beginner who isn’t patient may have difficulty with keeping them. Getting a suitable tank mate might be difficult. It makes it more ideal for an experienced fish keeper, although a beginner is good to go if such a person follows proper measures.

Many fish keepers are often attracted to their beautiful display, and graceful appearance. A fish owner gets to realize the high intelligence of Oscars after breeding them for a while.

Yes, Oscar fish are carnivores. They mostly feed on meat sources. Whereas, the typical food they eat include live fish, insects, and crustaceans. In the wild, they mostly eat catfish, such as Rineloricaria, Bunocephalus, and Ochmacanthus species. However, you need to provide a nutritionally, balanced diet for them. To ensure this, you can add a supplement of shrimp or prawns to their diet.

How Long Do Oscars Live?

Diet and tank care majorly determine the longevity of Oscars and the environmental conditions you place them in. Just as humans, they survive less in an unfavorable situation. Some may die a few weeks after birth, whereas many of them live between 9-12years. However, they can live up to 15 years if you provide them with the requirement.

In Conclusion, Oscar fish have an interesting personality that you will be intrigued to find out about them as you will see them in many fish stores. However, the best way to know about your fish is to relate with them frequently. Although, they have general traits, ensure to be sensitive to the needs and temperament of your fish. For example, a particular Oscar may be more aggressive than others present in the same tank.

Good luck with breeding your Oscars.